Skip to content
About us. Why, where, what for?

I’m leaving everything behind and hitting the road. With me I take two dogs. 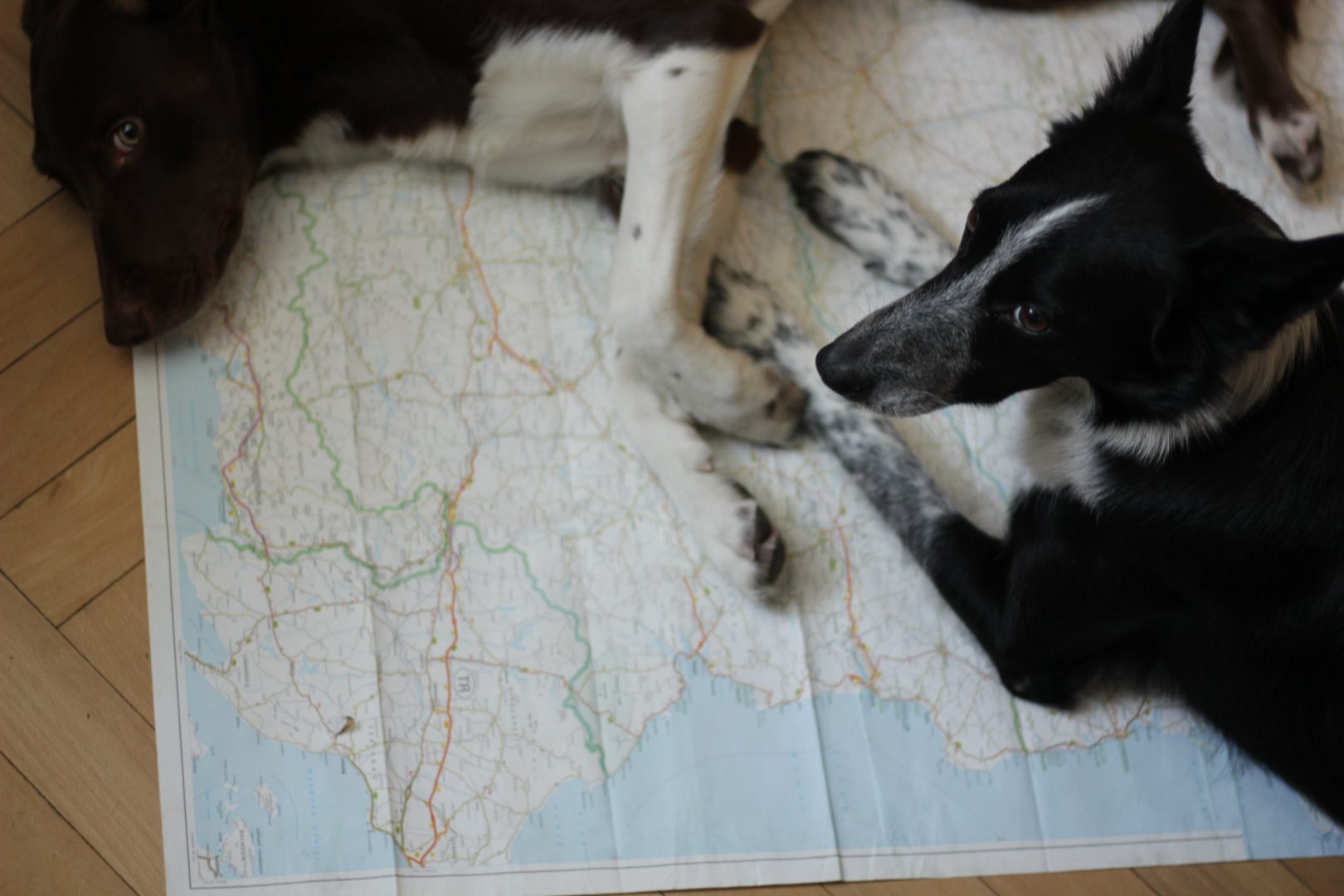 I don’t want to come across as one of these people who after 10 years of work in a great corporation, clocking in at 4-5 hours of sleep a night, and spending 5k a month on a rent for a fancy studio apartment, decided to give all of this up, hitchhike to Mongolia, subsequently buy a small farm in Costa Rica and bead cocoa seeds on handmade jewellery. I don’t see anything wrong with that, everyone has at some point read a similar story on the internet and a vision of following in their tracks tickles a fancy of many. It’s also a gesture of great bravery and dedication to saving one’s soul fit for a madman who loves his life.

However it doesn’t correspond to my situation at all. Why? I’ve worked for a long time, but never had a corpo job, or a full-time employment in a company and I have no intention of changing that. I am the type of person who would rather take up a blue-collar job, that I respect highly, than be talked into seating behind a reception desk, or some content-marketing managing. Don’t get me wrong by thinking I write this condemning such occupations. I don’t unless somebody enjoys this line of work. I myself wouldn’t.

Adult life in a big city just didn’t agree with me. It was ok at first (if not for the winter). But it soon turned out that a. the rent is too high b. the car is always broken and it never costs less than 150$ to repair c. my earnings don’t cover my expenses with enough of a margin to keep me happy. Of course small debts in shape of a one missed rent are not that bad, I know a person who managed to stay alive and has not payed it in a year, but as a freelancer I can pay all the bills one month, and the next might be a different story. It depended on many factors, on whether somebody has travel on corporate business and leaves their dog with me, on whether this particular month people will be eager to train their dogs, and whether I am payed for published articles now or back payed in four months after weekly polite prompts. There were months when I was snug as a bug in a rug and I could spend my evenings watching shows without that nagging fear in the back of my head, I could pay the bills for two months upfront and still have enough left to buy expensive things for the dogs. But there were also days when I woke up and fought to leave my bed because a. I hate my job b. it is a very fun job so I shouldn’t be feeling like that and c. if I don’t pay my bills now soon I will have fallen behind on my rent for over 300$ and if the car breaks on top of that I might as well stay in that bed. And sure, you can work more, to earn more, the cost of living in Warsaw is high, but for what it’s worth I really didn’t want to work more. I don’t like to overexert my mind and body and I don’t need a fortune. And you must, and you probably already know, one thing. To have a lot you have to work a lot (for a few exceptions of people born under a lucky star, but then their parents have to work a lot). The more you work, the less time you have left to use the money to your enjoyment. For me the money is not a goal all in itself, I need it to fulfill my dreams. I never wanted to be rich. Fine, it would be nice to publish a book so great, that everybody would respect it and it would bring me income of at least 150k, but we all know there is only one Maslowska per literary period. So all I can do is appreciate I have earned $300 for my first book (or was it less?) and that I have and idea and enthusiasm for another one. I have no idea to what conclusions have you jumped by now, that I’ve failed at life and I am running away from it, and if only I have earned more, I would have stayed, and I’d be happy. Well, no. The little anxiety of awaiting a payment was not a sole reason behind my decision. It was the weather, the atmosphere, the attitude this place gave me. But most of all, it was my love of traveling.

For some time now I have traveled alone. After my last venture into Georgia, Armenia and Iran I’ve felt as if I didn’t wish to turn back, only keep going farther and farther away. Always longing for something I’ve never had I kept saying “If I were on my like you, if I didn’t have dogs, I would have just pack my bag and go traveling somewhere this very moment, if only to work in hostels and such…”. So there were the dogs. But on the other hand I’ve spent all of the journey crying for them and only lasting a few days before clinging to any encountered wifi as a fly stuck on a flypaper, mooching for an out of focus picture of a sitting dog, not to mention a video conference with the dogs. So it was always the case of staying behind because the dogs needed an apartment, needed to train agility, needed a car to train agility and needed their back-on-tracks (expensive dog jackets, of course I am joking with this one, barely) to train agility indoors during winter, once they get there by car. This was what I was really working for. And I thought that winter comes to an end after my month-long escapade to somewhere warm and I can stick it out until summer comes, and I can keep scraping together for another month-long voyage. Only given a month you can’t do shit or see shit. You race only to scratch the surface of that place you wanted to see and the time keeps breathing down your neck like that unpayed bill, like that late payment. Unless you go away to stay put and rest, in which case a month is an overkill. But I travel to keep moving, watch and see as much as I can. It was a pet peeve of mine, I’ve only had time for a vacation, and I wanted more. So after my last venture, thanks equal parts to the people I’ve met and myself, it got me thinking “What if… nooo… but what if I took the dogs with me and we went traveling around the world? Maybe the dogs are not an obstacle at all?”.

It bears mentioning that I like to travel on a shoestring. I like to sleep in common rooms at the hostels, and I have found sleeping in tents to be the most enjoyable. I dislike staying at the same spot for longer than a week and the beach bores me after more than three days, I like change, but not fleeting,  I like meeting all the random people- fellow travelers and locals, all of this is hard to capture during a two-week packaged tour. I dislike capitals. I dislike taxis and transfers from the airport and all of the stuff geared towards tourists../

So… I’ve sold my car and the apartment the grandma left me, and a lot of books, and some miscellaneous appliances not good for anything other than complementing an apartment. Some people say I’ve gone crazy (my mom), some people lament I haven’t rented out the apartment (my mom and half of my friends), some say it’s wonderful and they envy my courage (all the rest). And lately, as I’ve signed a notarial deed, an elderly notary told me that it’s a wonderful plan and he once shared my dream when he was my age, but it wasn’t meant to be and now it’s too late, he has a job, ailments, family… so he is cheering for me hard. I am aware it might not work out. I might want to settle down, but then I will, or I will make a life for myself someplace I like. You never know what will happen in a few months, let alone years. The world is so vast, and I want to see everything. At the very least I will never regret not trying.

The first step was to tie up all of the loose ends, so medical matters, a small procedure I kept pushing back in time like a post office errand, then repairs in the bathroom that kept flooding my neighbor, then getting the car fixed (a broken turbine, go figure), selling the car and finally, sale of the apartment, which almost made my mother go off the deep end (you’ll revel everything away and  come back with nothing). Oh, and of course I have browsed blogs of the people who had traveled with dogs to reassure myself, that it won’t be an impossible venture into uncharted territories and I’m not the one paving the way. I have come across a couple with a wolfhound, who have taken him to India, and a year later to Mongolia by bike, and that’s a much more serious business than what I’m attempting. I have also found a couple from the US, who have spent an entire year traveling through Europe by bike, with two dogs, one of which weighed 66 pounds, so as much as both my dogs combined, and was 12 years old!

So at the moment, how do I put this, I have nothing except for what really matters to me 1. Jax and High 2. my laptop 3. my phone 4. a camera 5. an ukulele and I feel light and wonderful. My one real regret is missing regular agility trainings, but agility can also be trained anywhere around the world, not only in Europe.

As the time to depart is drawing near I piss my pants more and more. I’m afraid I’m not gonna like it, that something bad happens, that I get sick, that a dog tears a ligament while I am stranded in a village smaller than any Polish village you could fathom, that the dogs are not gonna like it, that I won’t have a job, that I die, that the world ends, that I might like it and it might be wonderful, and sometimes, when I wake up in the morning scared shitless, considering whether there is any point in leaving my bed at all, it is because I am afraid I could not go and just go back to living my life the way it was before the thought of leaving ever crossed my mind.

And to the most important part

Where we are going:

We start things off with Israel National Trail, conquering which should take us some 3 months or so.

Then off we go to work in Portugal, and then…

I dream about Central and South America for longer, maybe a few years, about a camper, about Jamaica and maybe making a small detour to Maroko and Gran Canaria…

So bear with us, we will try to be as funny as we can and give you account of each flat fall on our asses. 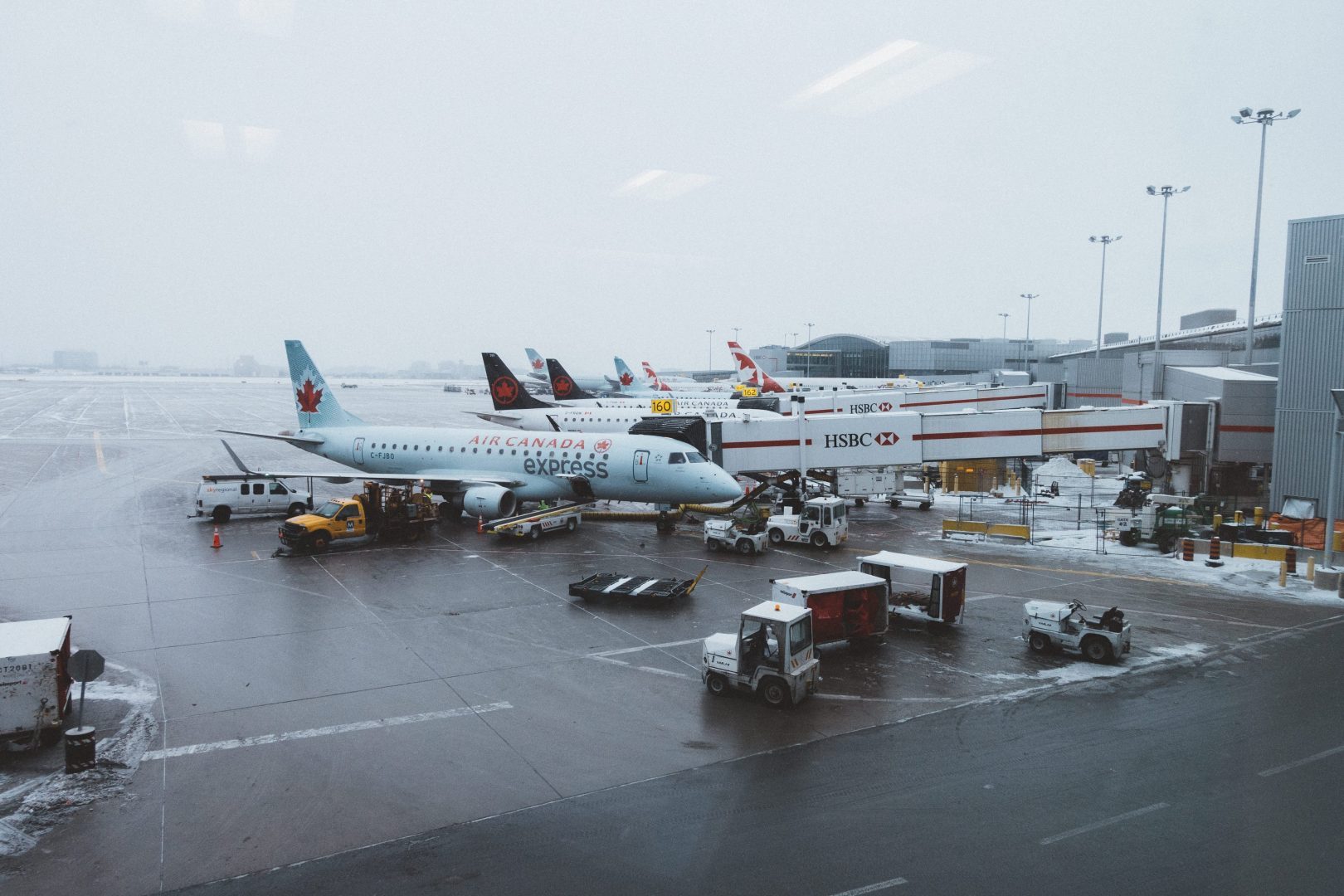